Obesity and Cancer Scare for Women

Smoking is still number 1 but obesity is the surprising #2 Agent of Cancer in Women, according to cancer research

Cancer rates in women ‘increase due to obesity more than alcohol’

Being overweight puts women more at risk of contracting cancer than drinking alcohol to excess, according to the most comprehensive cancer study to date – but smoking remains the biggest contributory factor across the board. 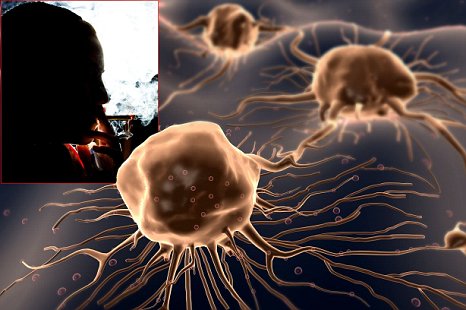 A large proportion of cancers are caused by people’s lifestyle choices, like smoking (inset)

Smoking is still the biggest cause of cancer, with 23% of cases in men and 15.6% in women being attributed to the habit, Cancer Research UK said.

But second in line among women is being overweight – a finding that lead author Professor Max Parkin admitted was a surprise.

‘We didn’t expect to find that eating fruit and vegetables would prove to be so important in protecting men against cancer, and among women we didn’t expect being overweight to be more of a risk factor than alcohol,’ he said.

The study, published in the British Journal of Cancer, revealed that nearly half of all cancer cases are down to lifestyle choices. 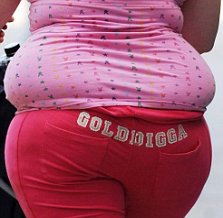 Obesity is one of the leading causes of cancer among women (Picture: PA)

Smoking, drinking and eating too much, or eating the wrong things, make up around 40% of the causes of the disease, the authors state.

Second behind tobacco in the list of the causes of cancer in men is not eating enough fresh fruit and vegetables, while your occupation and your overall exposure to the sun and sunbeds also contributes.

‘Many people believe cancer is down to fate or “in the genes” and that it is the luck of the draw whether they get it,’ Prof Parkin explained.

‘Looking at all the evidence, it’s clear that around 40% of all cancers are caused by things we mostly have the power to change.’

Dr Rachel Thompson of the World Cancer Research Fund said the report added to the ‘now overwhelmingly strong evidence that our cancer risk is affected by our lifestyles’.

â€˜We hope this helps to raise awareness that cancer is not simply a question of fate and that people can make changes today that can reduce their risk,’ she added.

Dance can be part of a healthy diet and excercise programme. If you are interested in taking dance lessons have a look at our schedule of classes and list of class descriptions for something to inspire you.

This is it! The secrets to studio success.

How to succeed in your dance studios and still have a life!